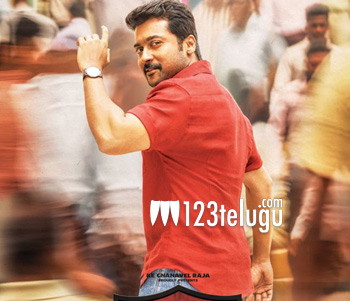 Tamil superstar Suriya’s next film is a thriller comedy titled Thaanaa Serndha Koottam. The film is said to be loosely based on the hit Bollywood thriller, Special 26. Happening young beauty Keerthy Suresh is the film’s leading lady. The movie will be hitting the screens during the pongal season early next year.

According to the latest reports, Thaanaa Serndha Koottam’s Telugu dubbed version has been given a catchy title – Gang. The film is being directed by Vignesh Shivan, while Suriya and his cousin Gnanavel Raja are jointly producing Gang. Anirudh Ravichander is the music composer.