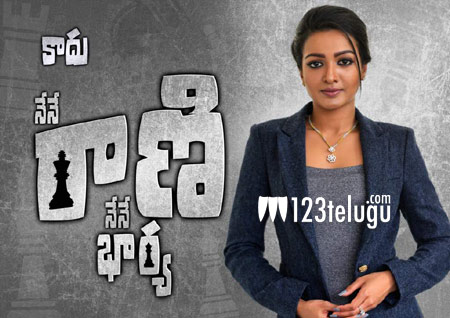 Four years after she shot to fame with Iddharammayilatho, Catherine Tresa went on to act in films like Paisa, Rudhramadevi, Errabus Sarrainodu in Telugu, where in Tamil, she had films like Madras, Kathakali and Kadamban.

Madras earned her good recognition in Tamil, but it turns out that Catherine Tresa’s favourite role, so far in her career, is the one she has played in Teja’s Nene Raju Nene Mantri. In the film, she plays Devika Rani, a media person, who plays a very important part in Jogendra’s life. Rana has played the role of Jogendra and the film also stars Kajal as Radha.

Her look in the film was finally unveiled today and Catherine is quite excited about the role. The film is slated for release later this year and the team has already begun the promotions.