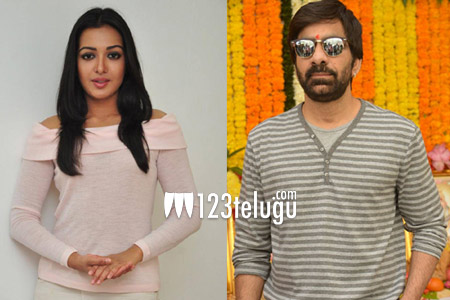 It looks like Catherine Tresa will have to wait a little longer to bag a solo-heroine project. After doing a string of Telugu films, including Nene Raju Nene Mantri, Sarrainodu among others, where she has played one of the lead roles, the actress was expected to play the lead role in Ravi Teja’s upcoming film, which is the remake of Bogan.

However, the latest buzz in the industry is that the makers have been thinking of replacing Catherine Tresa from the film. Laxman is going to direct the film. Currently, Kajal is said to be Laxman’s choice to play the lead role; however, it’s not yet clear if Kajal has given her nod for the film.

Meanwhile, Ravi Teja’s latest film Raja The Great is slated for release on October 18. The actor has played the role of a visually challenged person in this action entertainer that has been directed by Anil Ravipudi.