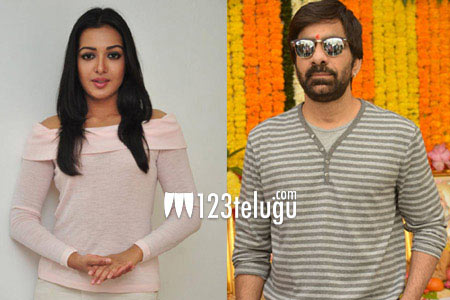 A few days back, we had revealed that Ravi Teja will most likely be doing the film which Pawan Kalyan was supposed to do in the direction of Santosh Srinivas.

Mytri Movie Makers are producing this project and the casting for the film is currently on. The talk is that the makers are planning to rope in Catherine Tresa as the female lead for this film.

An official confirmation is yet to be made on this news. Meanwhile, Mytri Movie Makers are also producing a film with Ravi Teja which is being directed by Sreenu Vaitla.