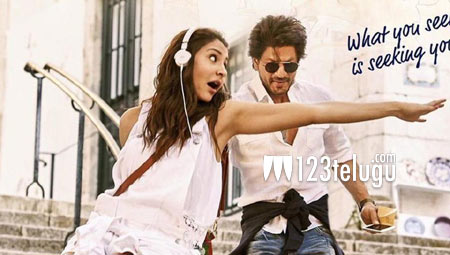 Central Board Of Film Certification (CBFC) is not happy with the trailer of Shahrukh Khan, Anushka Sharma’s upcoming film Jab Harry Met Sejal. Directed by Imtiaz Ali, the much-awaited film is in news for its mini-trails these days where the makers are releasing tidbits about the characterisations of both SRK and Anushka Sharma.

CBFC has strongly objected to the usage of the word ‘Intercourse’ in one of these teasers and they want SRK to drop the word. Moreover, CBFC has also asked TV channels to not air these teasers which have this word.

Naturally, CBFC’s stance on the issue has come as a big shock to SRK’s fans and many are not happy with the decision. It remains to be seen if SRK bows down to the pressure or continues with the current promotional material.