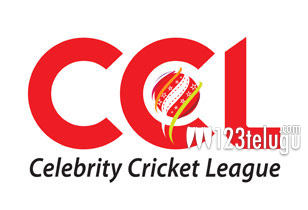 The curtain raiser of Celebrity Cricket League’s third season is going to be a grand gala ceremony. The event is going to be held in Film City, Mumbai on January 19 and buzz is that Salman Khan is going to perform on stage. Among other performers, names of Charmee and Shraddha Das are already confirmed. There’s also a rumour that PSY, the worldwide sensation who sang and performed the song Gangnam Style, might also perform at the curtain raiser. The Tollywood team named Telugu Warriors headed by Venkatesh is expected to grace the event. Several other actors like Tharun, Srikanth, Nithin, Adarsh are part of the team for the third year in a row and this time two more teams – Veer Marathi owned by Riteish Deshmukh and Bhojpuri Dabangg are going to join other teams from Telugu, Tamil, Kerala, Karnataka, West Bengal film industries and Bollywood. Bipasha Basu is the brand ambassador of CCL-3 and the tournament will kickstart from February 9 in Kochi.