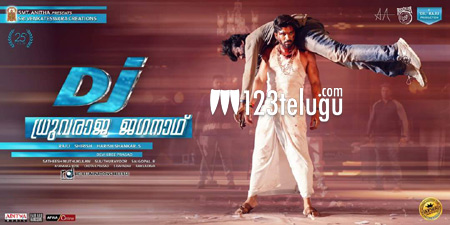 Allu Arjun’s Duvvada Jagannadham had a successful run across the twin Telugu states. As per the official updates from the film’s makers, DJ has collected over 100 crore gross worldwide.

Owing to Allu Arjun’s huge fan following in Kerala, DJ was supposed to release in Malayalam in July 14. However, the film is said to be facing censor hurdles due to online censoring process. We will have to wait for a few more days for an official release date .

Harish Shankar directed DJ and Dil Raju produced it. Pooja Hegde is the film’s leading lady and DSP is the music composer.