We had already revealed that Vakeel Saab is going to have some solid dialogues which will be thought-provoking and yet hard-hitting. As the subject matter of the film is tense, so many courtroom scenes are going to be a highlight.

The film is done with its censor and the board has asked for some intensive cuts. As there is foul language used in many areas in the film, words like prostitution, bitch, f*ck, have been asked to remove.

The news is that as the above words have been used many times in the film, the board has asked to remove them. But the makers have decided to mute them as per the news. Vakeel Saab will be out on this 9th April. 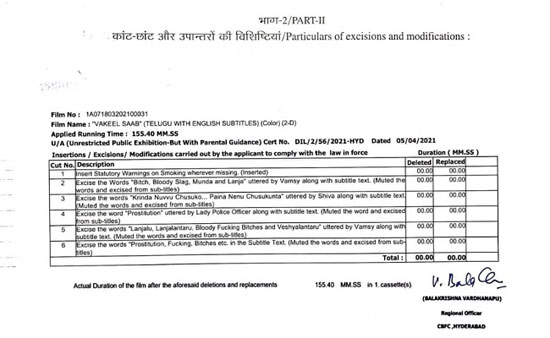