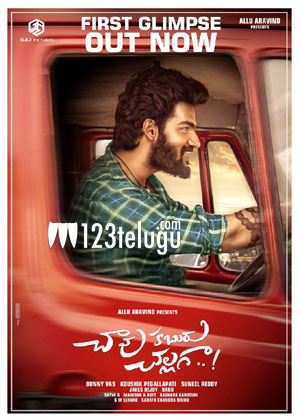 Chaavu Kaburu Challaga is a film that will showcase Karthikeya in a new avatar was the talk from day one. The film is being made on a sensible note and as it is hero Karthikeya’s birthday today, the makers have released a glimpse of the film.

The teaser showcases Karthikeya as this van driver who parcels dead bodies. In such a backdrop, the makers have set things in a hilarious manner and the comedy generated looks quite good.

Karthikeya also looks good in his first mass role. Amani is seen as his mom and the fun angle looks apt for the backdrop. Heroine Lavanya Tripathi’s not shown in the teaser and has been kept suspense.

Her character intro is shown and depicts that she has lost her husband and hero falls for her. For now, the taser looks good and we wish Karthikeya a happy birthday and best of luck for this film.