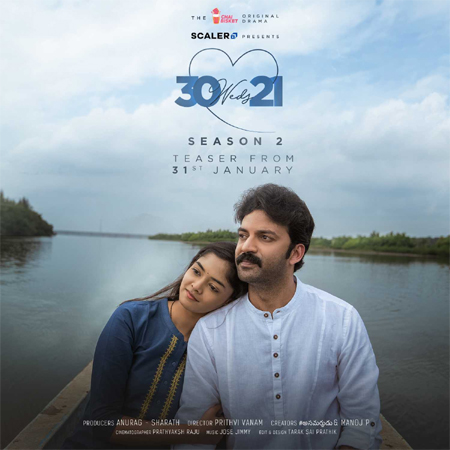 Now, as promised, the makers have confirmed season 2 and released the first look as well. Chaitanya and Ananya are seen spending romantic time together at a scenic location. With the charming chemistry of the lead pair and the fabulous view on the backdrop, the poster gives a positive vibe.

Starring Chaitanya and Ananya, season 2 is also written by Samosa Uday (Asamardhudu) and Manoj P. Directed by Prithvi Vanam, the teaser of season 2 will be released tomorrow.

Mahendar, Divya, Veerabhadram, Sri Kumari and others have returned in this season also. Jose Jimmy has scored music to this series while Prathyaksh Raju handled the cinematography.