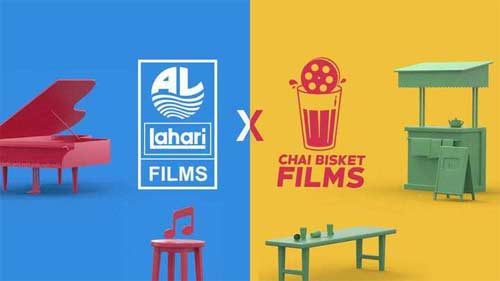 Anurag, co-founder of Chai Bisket, said that Chai Bisket’s effort has always been to create good quality content and provide a platform for aspiring and talented writers, actors, directors and other technicians. “Our focus is to produce refreshing cinema with young talent,” Anurag said.

Sharath Chandra, co-founder of Chai Bisket, said, “For us at Chai Bisket, it was always quality over everything else. The partnership with Lahari Films is extremely exciting and has opened up a host of possibilities for us and we look forward to making a bunch of films each year.”

Chandru Manohar of Lahari Music and Lahari Films has said that Lahari Music is a 45-year-old music company and that they have been planning to make feature films since a long time. “We’re already making films in Kannada, and we look forward to putting out some good films and trust that we’ll be able to give opportunities to the upcoming talent out there,” Manohar said.

Chai Bisket Films and Lahari Films banners have already signed some young and talented directors who’ll be making their debut in 2021. Stay tuned for more exciting announcements in the coming weeks.