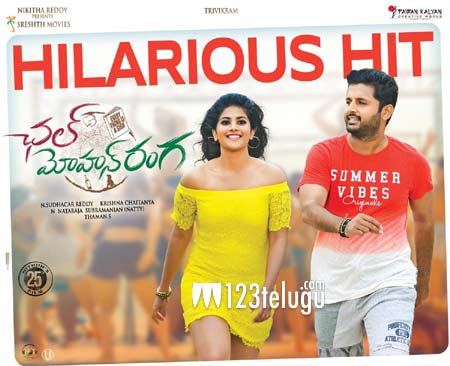 Nithin has a very good craze in Nizam region and all his films get some good collections here. His latest film, Chal Mohan Ranga opened to some very good occupancy all over this region today.

The openings in Hyderabad and its surrounding areas are said to be pretty good. Apart from this area, the occupancy in the other regions of the Telugu states is also decent.

As the film has the brand name of Pawan Kalyan and Trivikram attached to it, fans are turning to the theaters and trade is expecting some decent first-day figures.

As Rangasthalam is going great guns at the ticket windows, we need to see how this film fares in the coming days. Krishna Chaitanya directs this film which has Megha Akash as the female lead.