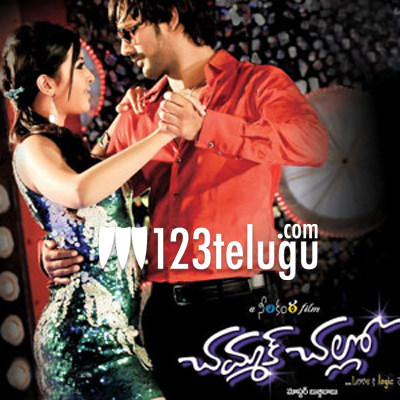 Chammak Challo starring Varun Sandesh, Sanchita Padukone and Catherine Tresa is director Neelakanta’s first tryst with romance. So far, Neelakanta is known for making niche films like Show and Virodhi, and with Chammak Challo he’s exploring new territories. It’s a debut film for both Sanchita Padukone and Catherine Tresa who had acted in Kannada and Malayalam films before. The film is currently in DTS mixing stage. Chammak Challo’s audio was recently launched and incidentally, Varun Sandesh has sung one of the songs in the film. Brahmaji will be seen as Varun Sandesh’s father in the film. Kiran Varanasi has composed the music. D S Rao has produced the film under Sri Shailendra Cinemas banner. The film is expected to release in December.