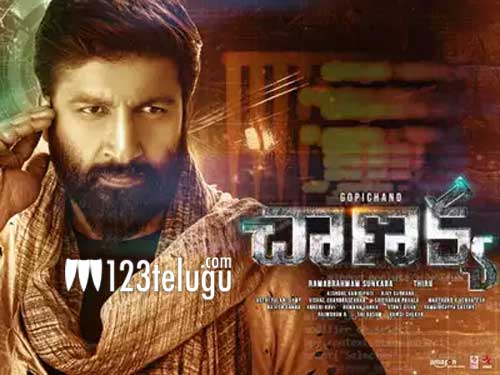 Gopichand is looking for that one big hit which will bring his career back on track. He has pinned all his hopes on his new release Chanakya.

The film is releasing tomorrow all over and there is a decent craze for the film. But Gopi and the team have a huge obstacle Sye Raa in front of them.

Sye Raa is doing quite well as the word of mouth is good. Also, as it is a weekend tomorrow, there will be good competition for Chanakya to survive the Sye Raa storm.

Not only does Chanakya need to get a hit talk, but it also needs to attract an audience at the theaters. The inside talk is pretty good and we need to see how well will Gopichand pass the test tomorrow.