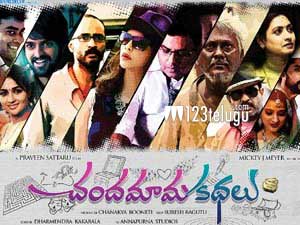 The movie ‘Chandamama Kathalu’ was supposed to release this Friday across the state but its release has now been postponed. As per the latest update, the movie will release on March 21st or 28th.

Lakshmi Manchu, Naresh, Krishnudu, Chaitanya Krishna and other actors are playing important roles in the movie. The film has a different kind of plot, where eight different stories are tied together towards the end, in an anthology format. All the actors in the film have expressed their delight at the final output.

Chanakya Booneti has produced this movie on Working Dream Production banner and Mickey J Meyer has composed the music.