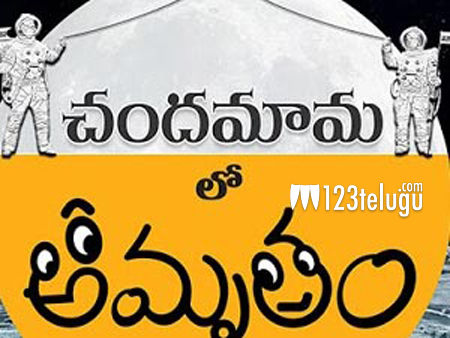 Gangaraju Gunnam’s upcoming film, Chandamama Lo Amrutham, which is being touted as India’s first space film, is gearing up for release soon. If all goes well, the film might hit the screens in April this year. The film is based on the characters from the popular Tv show, Amrutham and it stars Srinivas Avasarala, Harish Koyalagundla, Dhanya, Vasu Inturi, Rao Ramesh in lead roles.

The film was expected to release in December; however, the team took a long time to complete the post-production. Nearly 60 minutes of the film is set in space and a major chunk of this portion was shot inside Annapurna Studios. The film’s trailer got a good response and it’s still being screened regularly in theatres. Gangaraju Gunnam himself is producing the film under Just Yellow Media.

The film’s music has been scored by Sri and the cinematographer is Rasool Ellore. More details about the film are expected to be revealed soon.