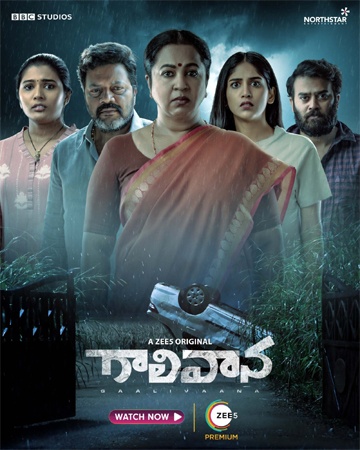 Veteran actors Radhika Sarathkumar and Sai Kumar-starrer Telugu web series Gaalivaana was released a week ago. Directed by Saran Koppisetty, the 7-episode series has been receiving severe backlash from netizens because of its climax.

To recall, Gaalivaana is an official Telugu remake of BBC’s mini-series, One of Us. Though audiences enjoyed the first 6 episodes, most of them didn’t like the final episode because of the twist in the tale. The crime thriller’s climax is something new to our Telugu audiences as they give utmost respect to human relations. The ending of Gaalivaana has made many people angry and they called out the director and the team on social media for the way they ended the series with such a disgusting twist.