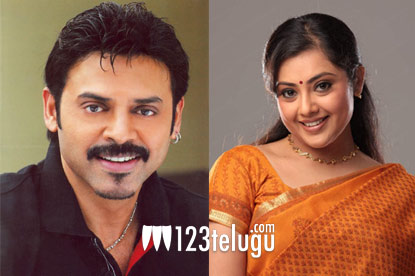 ‘Chanti’ is one of the biggest hits in Victory Venkatesh’s career. Meena acted as the heroine in that movie and their pair was a big hit. Though they acted together in ‘Abbaygaru’ after that, most people remember them for ‘Chanti’.

After many many years, Venkatesh and Meena are now teaming up again for a Telugu movie. They will be seen as the lead pair in the remake of Mohanlal’s ‘Drishyam’. Sripriya is directing the movie and D. Suresh Babu is producing it on Suresh Productions banner.

Venkatesh will be playing the role essayed by Mohanlal in this smash blockbuster. Apart from Meena, actress Nadhiya will also be seen in an important role in the film.