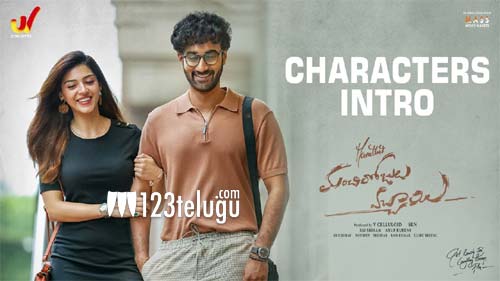 It is a known fact that director Maruthi is doing a film called Manchi Rojulu Ochaie with Santosh Shoban. The character intros of the film were released by the makers today.

Some of the noted comedians in the industry are playing key roles in this film. The film is related to the pandemic and the situation comedy showcased looks good. Ajay Ghosh is seen in a key role and most of the film is focused on him as per the teaser.

Santosh Shoban and Mehreen play lovers and look good. The teaser has classy visuals and promises loads of comedy. The film will be out on the big screens itself and the date will be announced soon. For now, the character teaser looks very good.