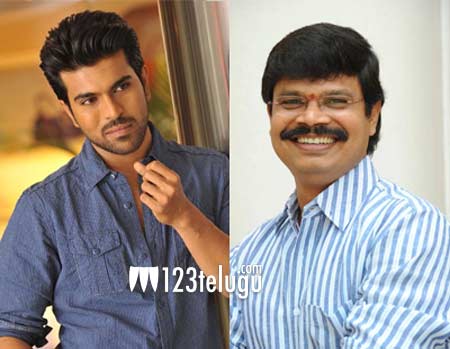 It was widely spread news that Boyapati Sreenu will be directing Ram Charan in his upcoming film. The latest news that has caught on all over is that Boyapati is all set to announce this project very soon.

This topic has become a hot topic all over as mega fans are very excited to see Ram Charan in a very mass avatar and that too in Boyapati style. This film might start once Charan wraps up Rangasthalam in the direction of Sukumar.

Boyapati also has a film lined up with Chiranjeevi but looks like Charan has managed to rope in Boyapati. An official confirmation is yet to be made on this film.