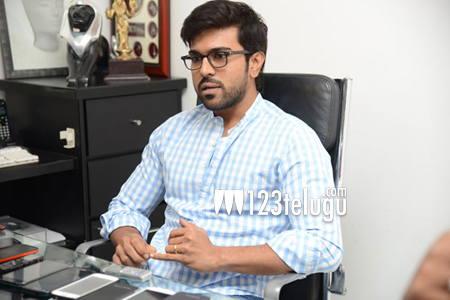 Everyone knows that mega star Chiranjeevi is busy shooting for his upcoming film in the direction of V V Vinayak. From the past few weeks, several media houses were reporting that the film has been titled Kathilantodu.

Denying all those rumours, Ram Charan himself revealed in a face book chat that the title in circulation is just a speculation. Adding further, Charan also revealed that he and his production house are planning to release Chiru’s 150th film during Sankranthi 2017.

Meanwhile, Charan is busy giving finishing touches to his upcoming film Dhruva which will release in October.