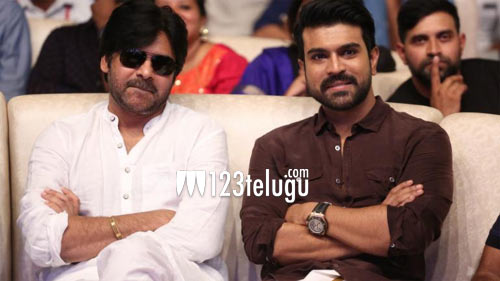 Ever since Janasena Party’s poor performance in the general elections earlier this summer, there have been numerous speculations about Pawan Kalyan’s silver screen comeback. Of late, there have been several reports that Pawan will be acting in Pink’s Telugu remake.

While Pawan continues to remain tight-lipped about his plans, his nephew and star hero Ram Charan has confirmed his uncle’s comeback to movies. Charan said in a latest interview that Pawan is currently listening to various scripts for his comeback film. Charan also said that he is eagerly waiting to produce his uncle’s film if he gets an opportunity.