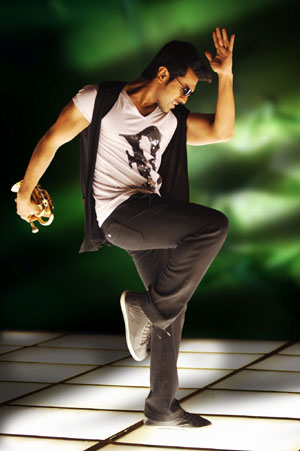 Mega Power Star Ram Charan is an accomplished dancer and he is easily one of the best dancers in the industry. He has showcased his ability in films like ‘Naayak’ and ‘Raccha’. But is he ‘Jackson ka Baap’ ?

Well, director Apoorva Lakhia certainly seems to think so. “Just wrapped a kick ass song for zanjeer “Mumbai Ke Hero” with Charan…. He killed it… Jackson ka baap hai who boss”, he tweeted. Looks like Charan came up with some pretty sensational dance moves for the song.

Except for Hrithik Roshan, Bollywood heroes are not really known for their kickass dancing abilities, so Apoorva Lakhia must have been taken by surprise with Charan’s dance. Michael Jackson remains one of the best dancers to have ever walked this planet and we are happy that someone thinks Charan is as good as he was.