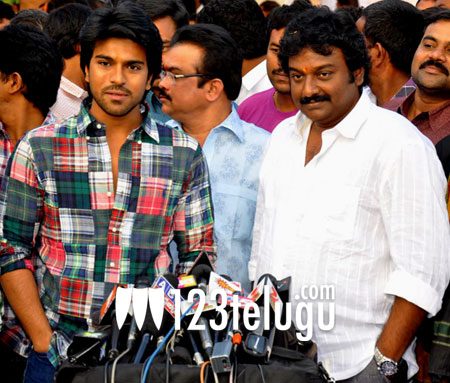 Mass masala director V.V.Vinaayak has handled the movie ‘Naayak’ and the film is all set to hit the screens tomorrow. In an interview given to a leading Telugu daily, Vinaayak spoke about the movie and he had some interesting comments to make about Charan.

“Charan reminds me a lot about Megastar Chiranjeevi. He has the same passion and commitment. He also brings great energy levels and terrific style into even normal scenes and that is a major plus. It is something Megastar Chiranjeevi used to do.”, he said.

‘Naayak’ is getting ready for a big release and the film has Kajal and Amala Paul in the lead roles. Thaman has composed the music and Danayya DVV is the producer.