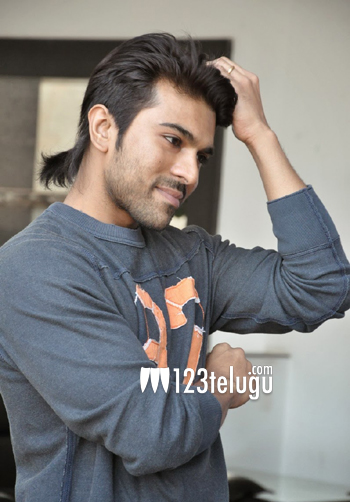 Mega Powerstar Ram Charan will be trying out a new style in his upcoming movie with Krishna Vamsi. In GAV, Charan will be sporting a pony tail throughout the film and the actor himself revealed this personally.

He also cracked jokes on his ponytail. “My mother-in-law is asking me when I will remove that ponytail”, said Charan in a light hearted manner. The actor recently shot a colourful song in the movie and he says that his look will be a shocker for everyone.

Kajal Aggarwal is the heroine in this movie and shooting is going on at Ramanaidu Studios in Nanakramguda. The film is being produced by Bandla Ganesh on Parameshwara Arts banner and Yuvan Shankar Raja is composing the music.