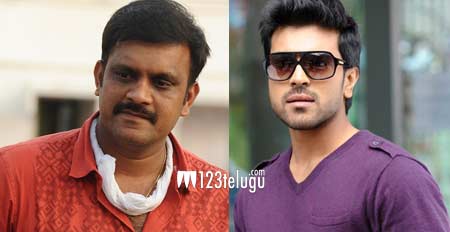 Successful director Srivass, who had delivered a hit like Loukyam in the most unfavorable circumstances is said to have approached Ram Charan for his next film.It was already announced that Ram Charan has okayed a script by Kona Venkat and Gopi Venkat and the search for a director for this flick is on. Now with the latest developments one can assume that the search is over and Srivass could be handling the project.

Srivass previously worked with Kona and Gopi Mohan for Loukyam and they seem to be ready to be associated with each other once again. Ram Charan is fresh from the stupendous success of GAV and he hasn’t okayed any projects after that.