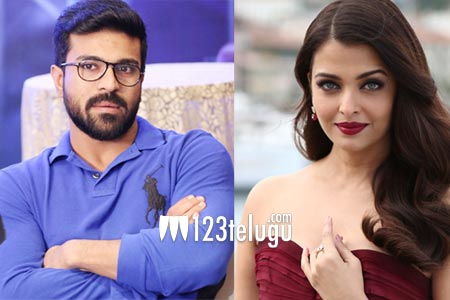 Earlier today, there were so many reports that mega hero Ram Charan will be doing a film with Mani Ratnam and none other than Aishwarya Rai will be doing the female lead in this film which will be directed by Mani Ratnam.

There was so much chaos regarding this news but sources close to us reveal that Ram Charan is indeed in talks with Mani Ratnam but the project will not have Ash as the heroine and all the reports are just false.

The star heroine will, however, work with Mani Ratnam too but on a different project altogether. Currently, Charan is busy shooting for his new film in the direction of Sukumar and Ash is yet to sign a Hindi film.