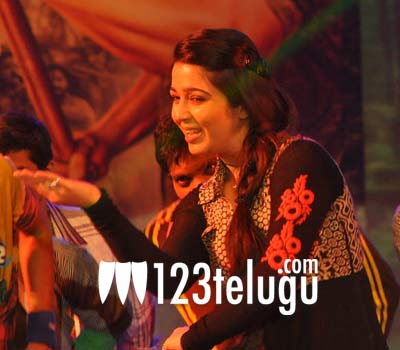 Ever since Charmee revealed her ‘new look’, her fans seem to be more excited than her. She lost a lot of weight and when Nagarjuna asked her to do an item number titled Sakkubai in his upcoming film Damarukam, the actress couldn’t stop gushing about the song, Devi Sri Prasad’s music and her look. Recently, the song’s teaser was unveiled at Damarukam’s audio launch and already there’s a strong buzz that it’s going to be one of the hottest item numbers of the year. Of late, Charmee has been busy responding to tons of messages which her fans had been sending on Twitter and it looks like her song has done the magic trick and got people talking about her. Earlier, she had danced for an item number in Nagarjuna Ragada and now with Damarukam, she’s back with him once again. We’ll have to wait and see if she can manage to bag more acting offers in near future, now that she’s all over the news. Damarukam, starring Nagarjuna and Anushka, is expected to hit the screens in mid October.