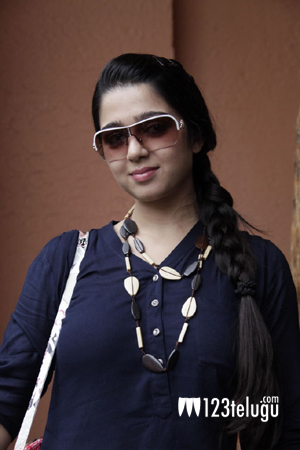 Charmme is one of the lucky actresses who had the chance to share screen space with most of the top stars and she is also one of the most sought after actress for playing female centric roles. She has good number of hits to her credit.

She is now gearing up with one more female centric movie. The movie we are talking about is ‘Mantra 2’. The shoot of the movie has kick started recently and is going at a brisk pace. The movie is expected to be in horror genre and so most of the shoot is taking place in the night. Sharing her experience of the shoot, Charmme said that she wished she could avoid the night shoots. But as per the demand of the script she doesnt have an option but to shoot at night.

She further said she is having good time on the sets of Mantra 2. SV Suresh is wielding the megaphone for the first time and the movie is jointly produced by Bonala Srikanth and Ravi Teja.