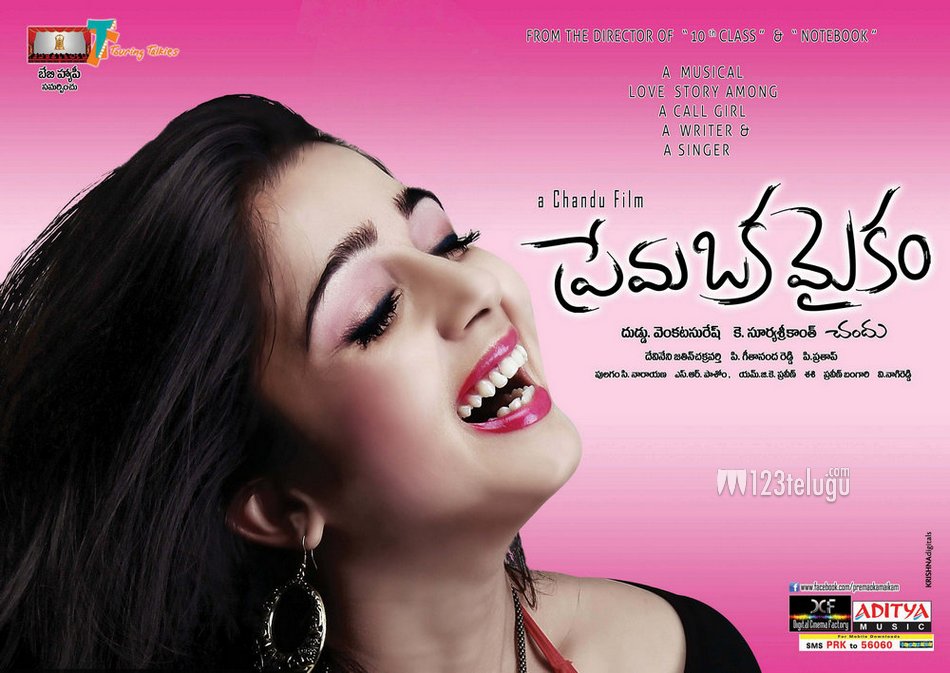 Charmi’s lady oriented film ‘Prema Oka Maikam’ completed its censor formalities today. The film was given an A certificate by the Censor Board. Charmme will be seen as a call girl in this movie. The story is expected to be a triangle love story between Charmme, a singer and a writer.

The film has been directed by Chandu. He directed films like Note Book and Tenth Class in the past. Venkata Suresh and Srikanth Surya have produced the film on Touring Talkies banner.

Charmme is focusing on special roles and unconventional characters in order to boost her career.