Chay announces his next with Samantha with a funny tweet
Published on Mar 8, 2018 9:04 am IST 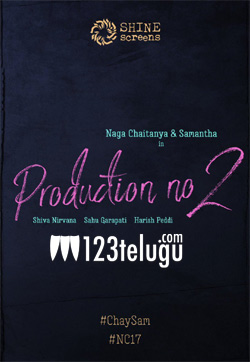 It’s well-known that successful on-screen jodi and real-life couple Naga Chaitanya and Samantha will be teaming up once again for Ninnu Kori’s director Shiva Nirvana’s next film. This morning, Chay took to Twitter and made an official announcement about the project with a funny tweet.

Chay said that he will be sharing screen space (if she gives him any) with his better half in this movie. Chay further said that it feels good to be back to being able to take fans through another journey of love. This as-yet–untitled film will be produced by Sahu Garapati and Harish Peddi, who are currently bankrolling Nani’s Krishnarjuna Yuddham.

Happy to announce my next directed by shiva produced by @Shine_Screens and will be sharing screen space (if she gives me any 😉 )with my better half @Samanthaprabhu2 ..feels good to be back to being able to take you through another journey of love pic.twitter.com/EePspkMlPQ