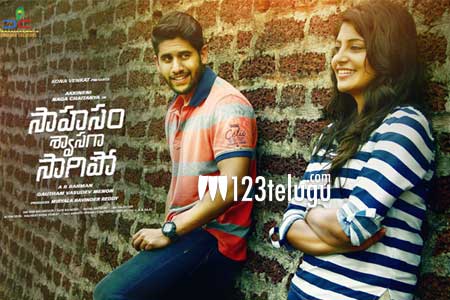 After a long wait, the release of Naga Chaitanya’s Sahasam Swasaga Sagipo is set to happen today. Naga Chaitanya has pinned a lot of hopes on this project and he will closely track the outcome of this project.

Many do not know that the second half of the film will be completely action oriented and Chay’s aggressive side will be showcased. So, Chay feels that depending on how the crowds respond to his character, he will decide whether to do more mass roles in the future or not.

For now, Chay is on top of his game and is going great guns in his career. Manjima Mohan plays the female lead in this film which has music by A R Rahman.