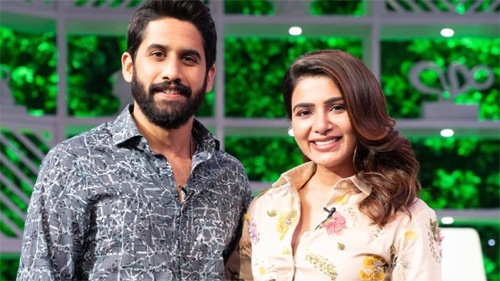 The promotions of Aamir Khan’s Lal Singh Chadha are in full swing and Chay Akkineni(who plays a key role in the film) is in Mumbai promoting the film in a big way.

In one of the interviews, he was asked what he would do if he bumped into his ex wife Samantha, Chay did not hesitate one bit and said he would say hi and give her a big hug.

On the other hand, Samantha did not have the same answer when she appeared on the show Koffee with Karan. Sam said that if he and her were pushed into a room, one would have to hide sharp objects.

Well, each to their own, both Sam and Chay have moved on and have no airs talking about their past life at all.