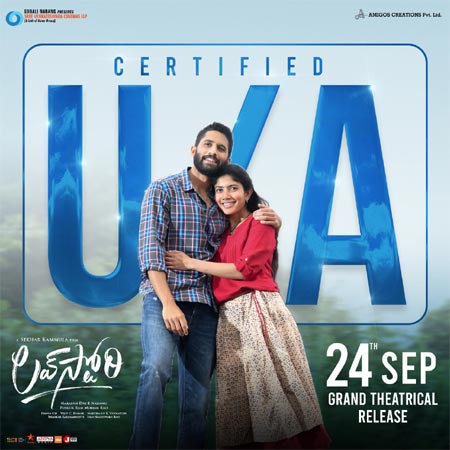 Naga Chaitanya and Sai Pallavi’s upcoming romantic entertainer, Love Story, is being eagerly awaited by their fans. The film is gearing up for its theatrical release on September 24th. Meanwhile, Love Story’s censor formalities have been completed this evening and received a UA certificate from the CBFC.

Love Story’s trailer was launched yesterday and fans have given it a big thumbs up. The pre-release buzz has been quite positive and the film is expected to take a solid opening. Movie lovers and trade circles are waiting for Sekhar Kammula to create magic with his brand coupled with Chay and Sai Pallavi’s stardom.