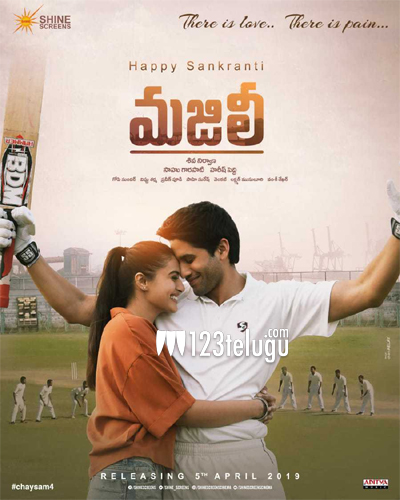 For the first time since their marriage, star couple Naga Chaitanya and Samantha have teamed up for a romantic drama, titled Majili. The film is being directed by Shiva Nirvana of Ninnu Kori fame. The film’s first look poster was unveiled on the New Year’s Day and received a decent response.

Today, on the occasion of Bhogi, Majili’s team unveiled the film’s second poster and also announced the release date. Majili is going to hit theaters on April 5. Interestingly, the second look has Naga Chaitanya and the film’s second female lead, Divyansha Kaushik.

About eighty percent of Majili’s shooting has been wrapped up. Sahu Garapati and Harish Peddi are producing ‘Majili’ under Shine Screens banner. Gopi Sundar is scoring the soundtrack.