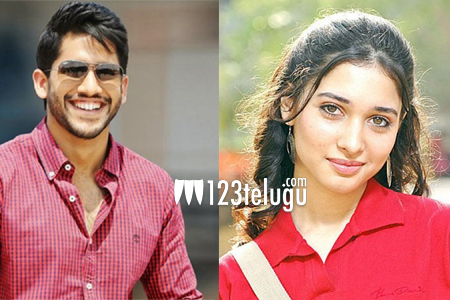 Akkineni Naga Chaitanya and Tamannaah earlier gave two hit films in the form of 100% Love and Tadakha. According to the latest buzz, Chay and Tamannaah are all set to team up with each other for a hat-trick film in their combo.

Tamannaah has reportedly replaced Samantha in Soggade Chinni Nayana director Kalyan Krishna’s second film with Chay. It is well-known that Samantha has stopped signing movies as she is awaiting the right script.