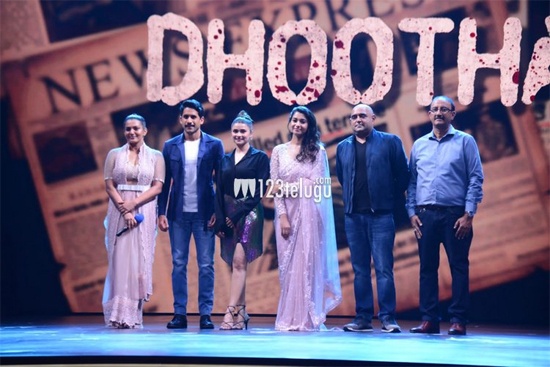 It is a known fact that Chay Akkineni is doing a web series for Amazon in the direction of Vikram Kumar. The series has gone on floors and is said to be a horror-thriller.

As Amazon launched multiple projects today in Mumbai, Chay’s debut OTT project was also announced. The show has been titled Dhootha and as per the news, it is a Tamil and Telugu bilingual.

As of now, Chay is done shooting for his new film Thank You. Chay will be seen in a new look in the film and will play a slightly negative role in the web series.