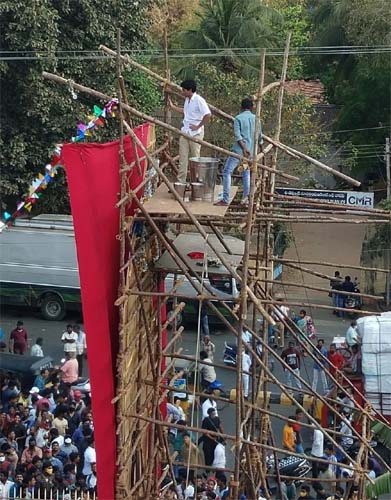 It is a known fact that Chay Akkineni is working on a film called Thank You in the direction of Vikram Kumar. The shooting of the film is on as of now in various areas of Godavari districts.

The picture of Chay unveiling the poster of Mahesh Babu at the film’s release has also gone viral. The heroine of the film will soon be announced in the days to come.