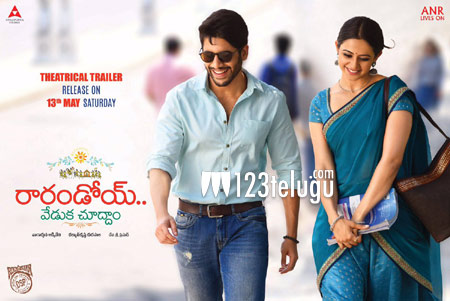 The film’s recently released musical teasers and a couple songs have been appreciated by fans. Meanwhile, the film’s trailer will be unveiled tomorrow on the 13th of May. The makers are releasing the film on May 26th.

Rarandoi Veduka Chudham stars Rakul Preet as its female lead. The film is directed by Kalyan Krishna. Nagarjuna is producing the movie and DSP has composed the music.