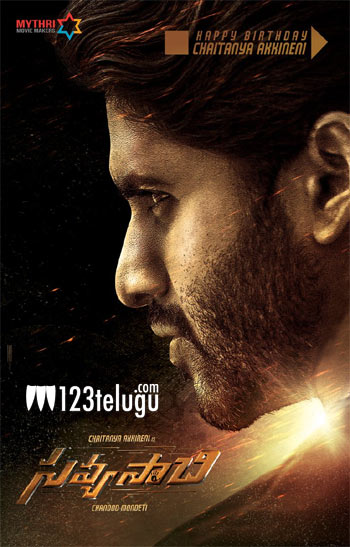 As promised, the first look poster of Chaitanya Akkineni from his new film Savyasachi has been revealed today. Chay looks quite intense in this poster which has been specially designed as a part of Chay’s birthday tomorrow.

This is the second film that Chay is doing in the direction of Chandoo Mondeti and there is a huge expectation all over. Savyasachi has a unique concept and Chandoo Mondeti is set to showcase Chay in a very intense yet massy avatar.

As of now, the first look of Chay has got a decent response and has raised the expectation of the audience.