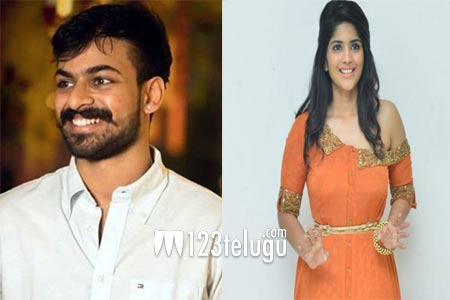 Vaishnav Tej, the latest actor from the Mega family, is all set to make his acting debut soon. Vaishnav’s maiden film will be produced under Sukumar Writings and Mythri Movie Makers banners. Erstwhile assistant of Sukumar, Buchi Babu Sana, is directing the movie.

According to the latest updates, the makers of this as-yet-untitled film have been in talks with young Chennai beauty Megha Akash for the female lead role. Initially, the makers had zeroed in on young starlet Manisha Raj, but she is reportedly being replaced now.