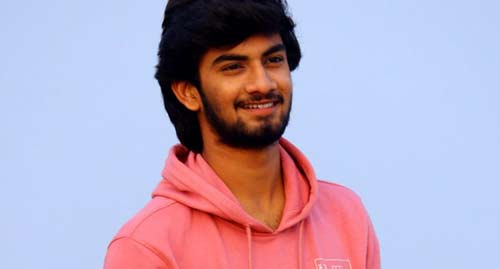 Child artiste Sathvik Varma is all set to make his debut as a solo hero with a youthful musical entertainer, title Batch. Sathvik Varma was seen as the child Prabhas in the Baahubali franchise, child Allu Arjun in Duvvada Jagannadham and Naa Peru Surya Naa Illu India Race Gurram and child Sumanth in Malli Raava.

Sathvik’s debut film as a hero also features newbie Neha Pathan as he female lead. The film is being directed by debutant Siva and produced by Ramesh Ghanamajji under Akanksha Movie Makers banner. Raghu Kunche is composing the soundtrack. Batch is set in the backdrop of cricket bettings and Sathvik plays a college-goer. The shoot has been wrapped up and the film will be hitting screens once theaters reopen after the lockdown.