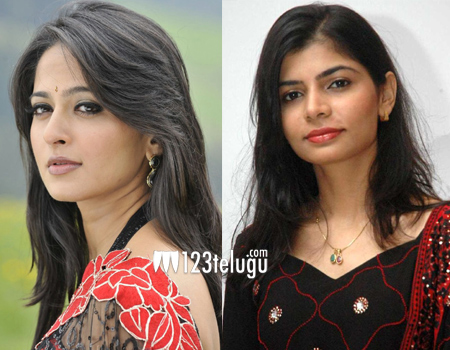 Chinamyi is a well-known singer who has rendered her voice for several hits songs down south. She has also got good following for her voice which is usually dubbed for Samantha in all her movies. Samantha too expressed her happiness over working with Chinmayi on several occasions.

Chinmayi is right now getting ready to dub for Anushka for the first time in her career. Chinmayi will be dubbing for Anushka in the Tamil movie ‘Irandam Ulagam’ which is being in to Telugu as ‘Varna’ and she has also a sung a song in the composition of Anirudh Ravichander.Selva Raghavan was very happy with the work of Chinmayi and praised her through twitter. Harris Jayaraj has originally composed the music and Anirudh has composed one song and the background music of the film.

Meanwhile, massive arrangements are going on at Shilpa Kala Vedika for the audio release function of ‘Varna’ to be held today. Arya is the male lead in the movie and is produced by PVP banner. The movie is expected to hit the screens on 22nd November.