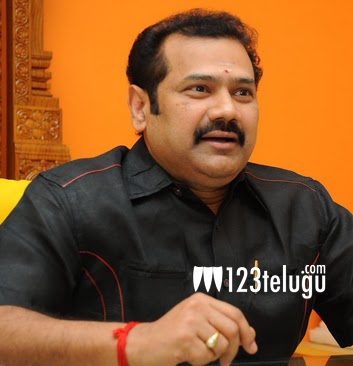 Is Chinni Krishna behind Megastar Chiranjeevi’s 150th film? Going by the veteran story writer’s claims, this certainly seems to be the case. Chinni Krishna said that he was working on Chiru’s 150th film and that this movie would be better than ‘Indra’ in every way.

While Chinni Krishna did score some big hits as a writer many years ago, he has not been in the best of form recently. So it remains to be seen whether he really is behind the project or not. The writer made these claims while attending a stage play competition in Pallekona Village.

Chiranjeevi’s comeback is one of the most eagerly anticipated projects in recent times, so it remains to be seen what happens in terms of project development. Expect more such claims from many people in the industry in the run up to August 22nd.