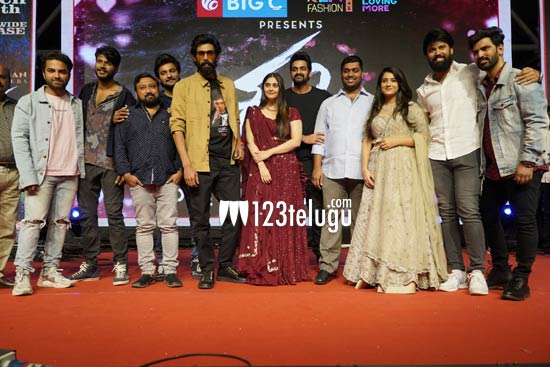 “It was my birthday that day and Chiranjeevi garu told me that I looked quite good and macho in the teaser. I was quite thrilled to be appreciated by him,” Aadi said. The young hero then talked about Pawan Kalyan. “I saw Pawan garu for the first time at Chiru gari’s 60th birthday celebrations. I was standing at a distance and Pawan garu waved his hand to me. I couldn’t believe it. And when he launched the trailer, he recollected that moment. He also appreciated the trailer. Chiranjeevi garu and Pawan garu gave a huge boost to our film,” Aadi said.

Later, Sashi’s director Srinivas Naidu Nadikatla thanked his six best friends and said that he will be forever indebted to them. He also thanked his producers R.P. Varma, Ramanjaneyulu and Chintalapudi Srinivas for investing a lot of money and giving him freedom to make the film as he envisioned.

Also starring Surbhi as the female lead, Sashi is gearing up for release on March 19.