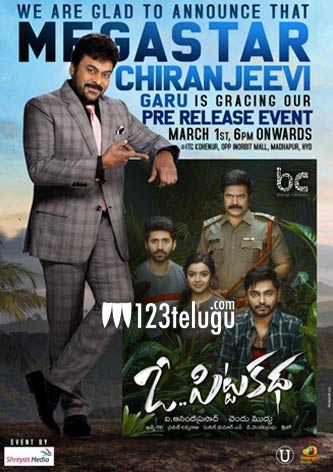 O Pitta Katha is a romantic entertainer that stars popular character artiste Brahmaji’s son Sanjay. The film has completed its shoot and now the promotions are on in full swing.

The latest we hear is that the pre-release event of the film will be held on March 1st in Hyderabad. What’s even more special is that megastar Chiranjeevi will be coming in as the chief guest.

The film has young actors Viswant and Nitya Shetty as the main leads. Being directed by debutant Chendu Muddhu and produced by Anand Prasad under Bhavya Creations banner, the film’s promos have clicked quite well.