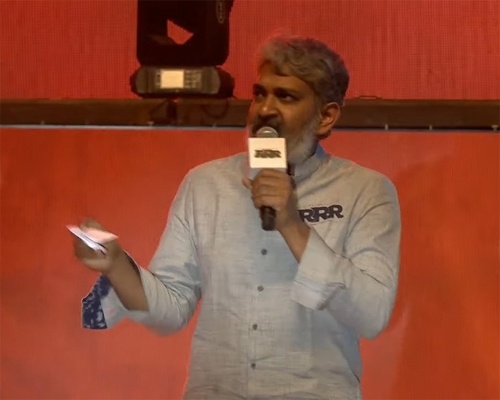 The pre-release event of RRR was held on a grand note in Karnataka and some big names attended the function and made it a huge success.

Rajamouli hailed Chiranjeevi as the true megastar and revealed to everyone that he was the one who spearheaded the delegation to AP and convinced AP CM Jagan to hike the ticket prices.

Rajamouli also said that Chairanjeevi had to face so many harsh comments due to this but he went back one step and fought for the industry’s good.

Rajamouli also added that Chiru was also the reason for the extra shows and ticket hikes in Telangana and is the true megastar in every spirit.

This statement from Rajamouli was the highlight of the entire event and made mega fans super happy.