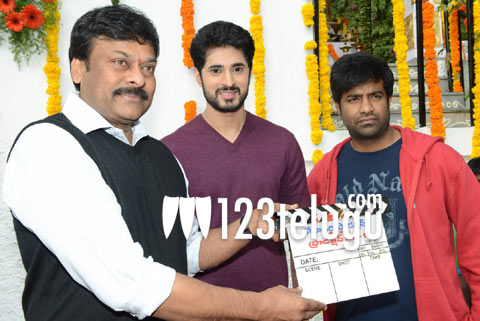 After acting in films like Rushi and It’s My Love Story, Arvind Krishna is gearing up for a romantic comedy film titled Bisket. Anil Gopireddy is going to direct the film. Simran Suri is making her debut as a lead actress with this film and it also stars Vennela Kishore in an important role. The film was launched earlier today in Ramanaidu Studios by none other than Megastar Chiranjeevi. He sounded the clapboard and the first shot was directed on Arvind Krishna and Vennela Kishore. More details about this film will be announced soon and it’ll go on floors shortly. Apart from this film, Arvind Krishna will soon be seen in a film titled EMPTY which has been directed by Harshath Vidheya.