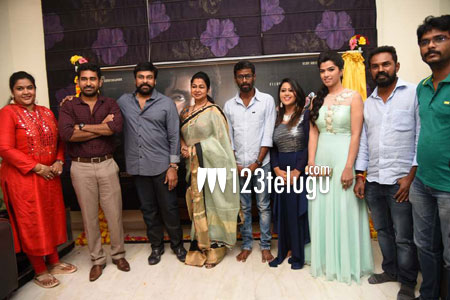 Slowly but steadily, Vijay Anthony is growing popular in both the Telugu states. All his films are being received quite well and the latest one to hit the screens soon is Indrasena.

The title logo and first look poster of the film were launched by none other than mega star Chiru himself in Hyderabad. The interesting aspect is that Radhika Sarath Kumar produces this film along with Vijay Anthony’s home banner.

G Srinivasan directs this film which has Diana, Mahima and Jwell Mary as female leads. As usual, Vijay Anthony edits and composes music for this film as well. The makers are planning to release the film in November.