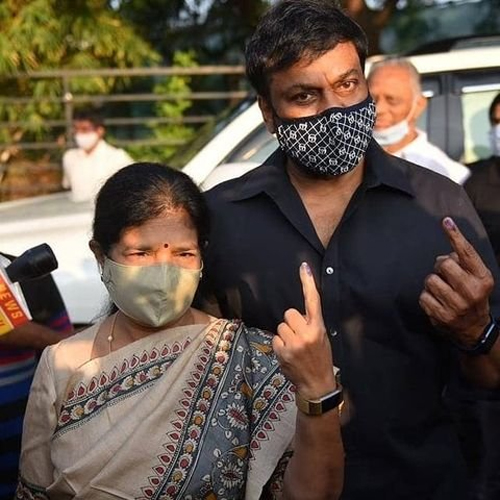 The voting for this year’s GHMC elections has started today at 7 am and many noted celebs have started to arrive to cast their votes at their various constituencies in the city of Hyderabad.

Megastar Chiranjeevi along with his wife were the first ones in Tollywood who voted in Jubilee Hills today. He was followed by Nagarjuna and Manchu Lakshmi who cast their votes. KTR, Asaduddin Owaisi, and many other political leaders were the ones who voted early in the morning.

Over 7 million people are exercising their votes and 1,122 candidates are in the fray for 150 constituencies. The competition is quite tough and campaigning was done on another level this time. Fingers are crossed and we need to see who will win this year’s elections.